“Oaxaca” by Anneke Garcia was a finalist in the 2012 Four Centuries of Mormon Stories contest. It was originally published online at Everyday Mormon Writer on October 23, 2012.

The first potluck of the Oaxaca International Branch was going to be a disaster. Hermana Gaona was in charge of the music, which meant she would be having her son play from his computer, which meant nothing but Dominican music all night. Hermana Rodriguez had tried to suggest gently to Hermana Gaona that she should ask around about members of the branch and who had music collections and maybe ask some of the white people if they could bring some songs. She had couched it in terms of making Hermana Gaona’s job a lot easier but had hoped that her real message, “Don’t let your son play Dominican music all night,” had gotten through. It apparently hadn’t.

END_OF_DOCUMENT_TOKEN_TO_BE_REPLACED

“The ReActivator” by Wm Morris was a finalist in the 2012 Four Centuries of Mormon Stories contest. It was originally published online at Everyday Mormon Writer on October 22, 2012.

So here’s the deal: For the first time in my life, I was in a presidency. After several years of post-marriage, yeoman work in the nursery, I had been called as first counselor to a very gung-ho Elders’ Quorum president who worked as an assistant DA in Elk Grove. It was kind of fun. I liked teaching (every so often) and planning activities and even created this killer spreadsheet to organize home teaching. But there was this one other thing: Ben, the EQ president, was a big believer in reactivation through personal, unannounced visits.

So it was that we found ourselves knocking on doors in the hot Sacramento sun. I was having flashbacks to my mission. It turns out that a few more years of maturity had not cured me of the waves of awkwardness and dread that came as we approached every address.

I was totally cool with every silent door we hit. Although, of course, Ben wasn’t content to simply ring the door bell. If no one answered, and so far no one had, Ben moved on to loud knocking, and then, finally, to peeking in a window. The dude wasn’t willing to cross names off the list either if it seemed like there was any possibility that the address wasn’t a dud. These were lost souls to be reclaimed. He wanted sure knowledge.
END_OF_DOCUMENT_TOKEN_TO_BE_REPLACED

“Something Practical” by Melody Burris was a finalist in the 2012 Four Centuries of Mormon Stories contest. It was originally published online at Everyday Mormon Writer on October 20, 2012.

On Saturday May 2nd the Cub Scouts will be having a fund raiser in the primary room. For just $2 a piece, the Cubs will paint a unique design on any glass casserole dish or piece of crockery. I’m sure we all can see the value of this. I doubt there are many of us who haven’t left a dish or two after a ward function. I was just in the kitchen the other day and the stack is getting pretty high again. So, please check the kitchen for your dishes and then support our pack this Saturday from 11 to 1.

The next ward party…

Sister Jones walked along the table admiring all the new patterns that adorned the 9×13 pans. There was a colorful striped dish with the scant remains of a red Jell-O salad. There was a dish with polka dots that was empty except for a little cheese in the corner. There was even one with delicate looking flowers painted in a lacy pattern that held half of a green bean casserole. Truly, it was amazing to think that the Cub Scout pack was gifted with such wonderful artists.

END_OF_DOCUMENT_TOKEN_TO_BE_REPLACED

“When the Bishop Started Killing Dogs” by Steven Peck was a finalist in the 2012 Four Centuries of Mormon Stories contest. It was originally published online at Everyday Mormon Writer on October 19, 2012.

It’s funny what makes a man go crazy but one thing is sure no one expects it to be the Ward Bishop. It was Sunday morning and I noticed the police cars down the street at the Mullers’. Liz and I ran over to see what was going on. In our town when you see a police car at a neighbor’s yard you zip over because you know who it is that lives there. Plus we are all in the same Ward. When we got there it was plain to see what had happened. On their front lawn was their dog dead and with an arrow stuck in its chest. The officer was pulling it out and we could all see that it had a target tip and not a hunting tip and I think we were all a little surprised. It popped into our heads that this must have been teenagers because who else would have used a target tip when you want to take something down? The Muller kids were all crying and Sister Muller was crying too but she was evil faced and angry and was yelling Who would have done this?

END_OF_DOCUMENT_TOKEN_TO_BE_REPLACED

“Maurine Whipple, Age 16, Takes a Train North” by Theric Jepson was a finalist in the 2012 Four Centuries of Mormon Stories contest. It was originally published online at Everyday Mormon Writer on October 18, 2012.

Maurine slapped down onto the plush double bench across from a man in a well kempt but slightly old-fashioned suit. His face seemed to grow out from a pair of small round spectacles and a graying moustache. He did not seem to have noticed her as his eyes remained directed at his book. She set down her satchel and tried to peer over the top and see its title.

He hadn’t moved—even his lips had not seemed to move.

“I’ve read that myself.” The man looked up to gaze at Maurine. “What do you think?”

Maurine knew the proper answer, but she also knew the wrong answer. “I think I should like to read it for myself.”

Maurine frowned. “I’m not sure what you mean by that.”

END_OF_DOCUMENT_TOKEN_TO_BE_REPLACED

“Numbers” by Melody Burris was a finalist in the 2012 Four Centuries of Mormon Stories contest. It was originally published online at Everyday Mormon Writer on October 17, 2012.

216 paces to the end of each row.
Six rows today so far.
The numbers swirl around in my head. I cannot help myself. I showed great promise, they said, in the small school room I attended until father left on his mission. Now numbers were just the way my brain entertained me while I walked behind the slow plow mule.
27 tail twitches since the fly landed on the mules rump.
35 cents a bushel for corn last year.
Five acres of corn.
No those numbers were too uncertain. I must not add my profits in my head lest the Lord find other ways for me to spend my imaginary wealth.
5673 steps from the front gate to Anna’s porch.
Two days and two more fields to plow before I can see her. END_OF_DOCUMENT_TOKEN_TO_BE_REPLACED

“Ruby’s Gift” by Emily Debenham was a finalist in the 2012 Four Centuries of Mormon Stories contest. It was originally published online at Everyday Mormon Writer on October 16, 2012.

Ruby filled the empty hours of Sunday afternoon playing hymns on the piano. Her family was scattered around the house employed in various Sunday activities and she carved out the empty space of the parlor and filled it with music.

There was a knock at the door: the sound of bare feet dashing across the wood floor followed. A man’s voice asked for papa, and Ruby heard Sarah leading the man to the parlor. Ruby was surprised that the little twins hadn’t come toddling out. Ben probably kept them occupied in the other room, encouraging them to crawl over piles of quilts.

Ruby knew she should stop playing, but she wanted to finish her song. She heard Sarah direct the visitor to sit on the sofa.

Nervous now that she had an attentive listener, Ruby’s fingers slipped over the last phrases of the song, causing the melody to disappear in a rush of wrong notes. She sighed and turned to greet their visitor, only to find that Stake President Levine sat on their sofa.

END_OF_DOCUMENT_TOKEN_TO_BE_REPLACED

“Little Karl” by Melissa Leilani Larson was a finalist in the 2012 Four Centuries of Mormon Stories contest. It was originally published online at Everyday Mormon Writer on October 15, 2012.

It’s quite a jog from Malmö to Missouri to say the least. But Andrew and Annie came, all heart and faith; and that was the sum of what they had: heart, in the form of their son, two-year-old Karl, and their faith, newly discovered. Faith brought them across the Atlantic to New Orleans, then up the Mississippi, and finally helped them build a house on the prairie near Independence. Here they lived and worked for the means to go even further—to Utah.

END_OF_DOCUMENT_TOKEN_TO_BE_REPLACED 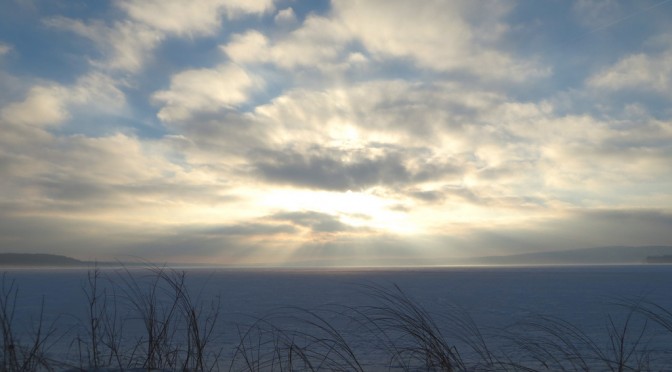 Hope everyone had a great 2015 holiday season. Now it’s time to achieve as many of those resolutions as we can before the end of the first week of January, when our motivated idealism hits the wall of practical Reality. Only the most imaginative and persevering break through!